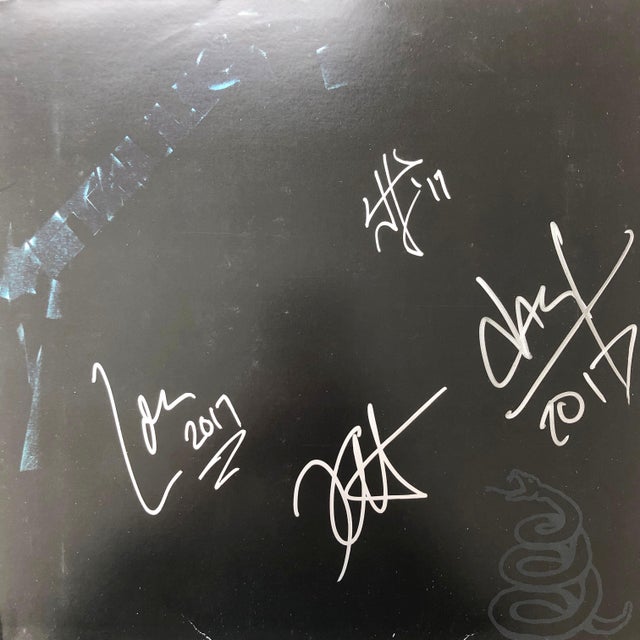 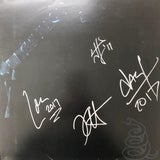 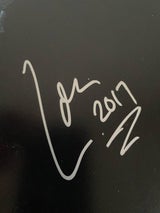 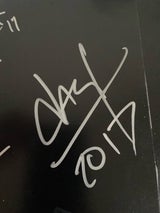 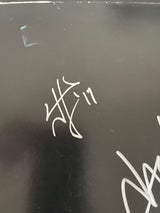 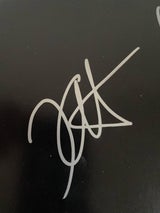 Metallica (commonly known as The Black Album) is the fifth studio album by American heavy metal band Metallica, released on August 12, 1991, through Elektra Records. It was recorded in an eight-month span at One on One Recording Studios in Los Angeles. The recording of the album was troubled, however, and, during production, the band frequently came into conflict with their new producer Bob Rock. The album marked a change in the band's sound from the thrash metal style of the previous four albums to a slower and heavier one rooted in heavy metal.

The album is a double album, all 4 records are in pristine condition and the autographs have been certified by multiple sources:

Please review all pictures and ask any questions before purchase.

***Sold as is shown in photos.

Return or refund cannot be accepted on this item.